The true end date of Niseko’s famous winter seasons each year is different for each individual. For some, it is the date the ski lifts finally stop running, for others it is the closing party of a favorite bar or the day on which snow tires get replaced with summer ones – personally, the first day of my spring each year starts when I spot Fukinoto – the first mountain vegetables poking out of the snow.

Fukinoto, or Japanese Butterbur to give its English name, is a perennial plant found all through Hokkaido and is a very common sight along the winter/spring boundary as it bursts to life in huge numbers literally as soon as the snow covering it’s hiding spot melts away, meaning it is more often than not the first bit of green that residents of Niseko have seen for many months. However there is something else about these little plants that not a lot of people know – they are delicious. 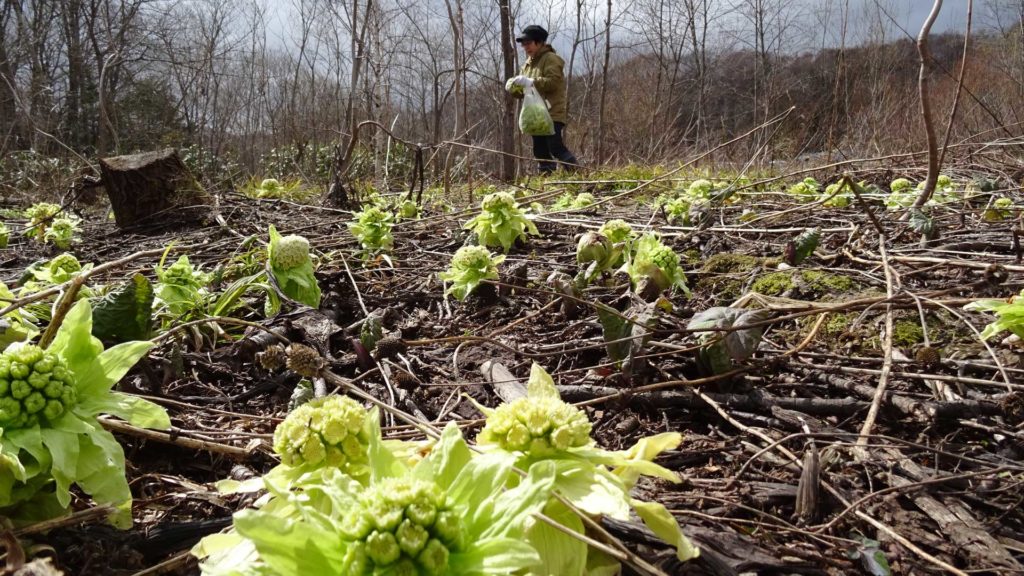 They are a member of the rhubarb family and are the first member of the group of wild edibles know as Sansai – literally ‘mountain vegetables’ – to appear each year. Sansai picking is almost a religion among the Inaka folk of Japan with many elder foragers closely guarding the locations of their own secret spots and pushing deeper into the woods and slopes of the mountains to find new untouched areas for picking. The timing of this new bounty coincides neatly with the end of hibernation of the local Higuma brown bear and a few “incidents” have occurred over the years as man and beast vie over ownership of this fresh new food source.

The Fukinoto are best picked when they are very small as the larger they get the more bitter they become. When plucked early from the ground they are delicious fried as tempura or sliced thinly and fried with miso paste, making a kind of preserve known as fukimiso that can be stored well in jars.

As the short Fukinoto picking season enters its final days, new Sansai emerge to take its place in the gatherers pantry – Yachibuki arrives in the first few days of spring and is immediately identifiable by its brilliant yellow flowers and fondness for growing in large groups alongside streams and rivers. Like Fukinoto it has a slight bitterness but is really tasty when stewed with miso.

As the last signs of winter disappear in May the Sansai season really explodes into life with some of the most sought after delicacies arriving in quick succession.

Headed first by the long leaved gyoja ninniku – an aromatic type of wild garlic, known as Ramsons in Europe and America, that is a great addition raw to salads or can be made into a type of pesto. 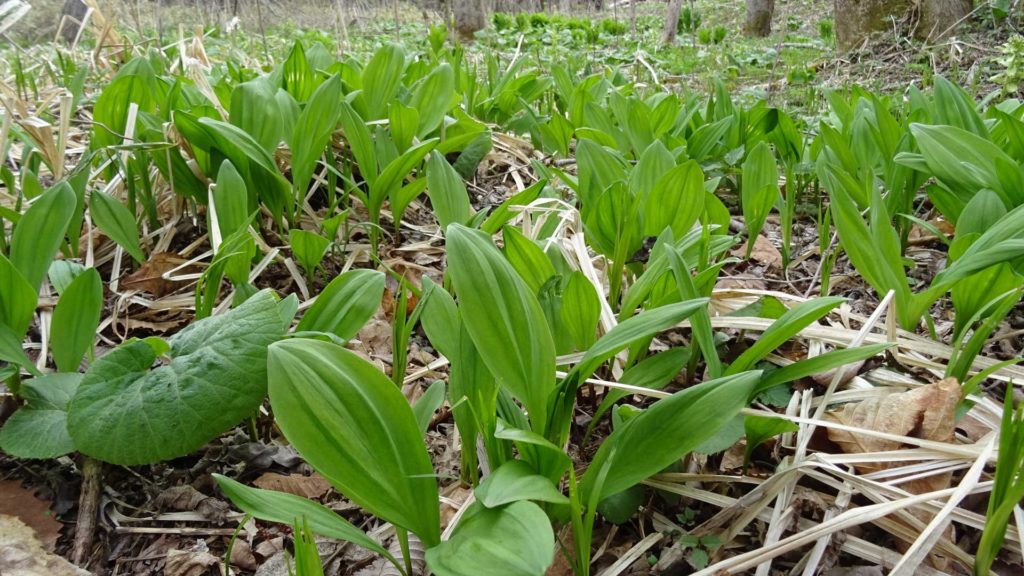 My favorite of all the wild edibles on offer starts to mature around 2 weeks after the snowmelt and can be found in small patches on well drained slopes deep in the woods and is known as Tara no me. One look at its thorn covered stems and it is clear where it gets its English name “The Devil’s Walking Stick”. This plant is simply amazing as tempura and has a flavor and texture not unlike artichoke. Like all of the Sansai it is best picked when young and rapidly loses its flavor as it gets bigger. 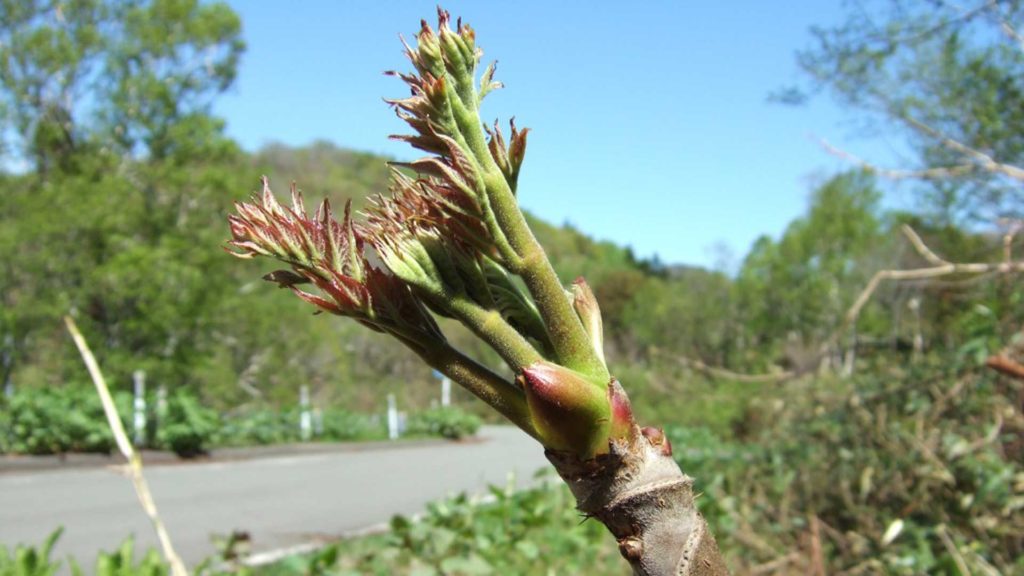 The foraging season goes on all summer and covers a number of species far too numerous to be mentioned here but remember next time you are out hiking and starting to feel peckish that the cure for your rumbling stomach is not just found back down in Hirafu or Kutchan, but very likely right by your feet.