When you think of beer in Japan the first thing that comes to mind is a cold Sapporo, Asahi or Kirin, Japan has some great international beers that are well known across the globe.

However, a little-known secret lies only a short journey from Hirafu, while still in its infancy Niseko beer (Niseko Brewing Company) has now been operating since 2014 under the direction of Sakurai Shigeru. His microbrewery is located in Niseko Town with the restaurant overlooking Niseko Station and the onsen area. With stunning views of Mt Annupuri, you can enjoy one of his craft beers overlooking Niseko’s amazing powder in winter or stunning greenery in summer. 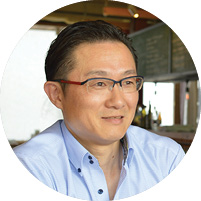 Sakurai took over ownership of Niseko brewing company in 2014 and has been fine-tuning his craft beer recipes ever since, he now has 8 varieties of craft beer all with their own unique flavour, brewed with fresh Niseko spring water and using ingredients from Hokkaido and the local area to give each beer its own original theme, using fresh hops from Furano while the Rosée Bierre uses organic grapes and fruits from Yoichi. The Oyster Stout uses Oysters from the nearby coastal town of Suttsu.

Niseko Brewing company offer a free pick up service from Hirafu/Kutchan and the local area or catch the train to Niseko Station and it’s only a short walk from there, enjoy a tasting set of these unique craft beers on the deck overlooking Mt Annupuri and a tasty meal from the kitchen.

PALE ALE / 5% AFTERGLOW
Caramel in colour, this brew achieves a delicate balance between the flavour of the malt and the hops with a tinge of bitterness at the end. A single hopped ale: easy to drink one and then a lot more.

ROSÉE BIERE / 4% NADESHIKO
Using local organic Campbell Early Grapes from Yoichi and Haskap Berries. Could be your starter of the beer degustation and almost drinks like a sparkling wine.

BELGIAN ALE / 5% HIMAWARI
A bit wheaty, fruity refreshing and light. This is a unique brew with hints of coriander and orange that sits nicely between our Pilsner and Pale Ales.