You are at:Home»Features»A brief history of Taiko

The origin of taiko drum dates back as early as the 6th century CE, with archaeological evidence showing that the drums were in use during the late Kofun period. Historical records suggest they were introduced to Japan through Korean and Chinese cultural influences and have been used for a range of purposes including theatrical, military, communication and religious ceremonies.

The mythological origin is said to have resulted from Amaterasu, the goddess of the Sun, sealing herself in a cave out of anger, thus casting the world into darkness. The goddess of dawn lured her from the cave by dancing frenetically upon a huge overturned sake barrel, the rythm of her feet was so lively that it prompted Amaterasu to peak from her hiding place before slowly emerging and restoring light to the world.

Traditionally taiko have played a large part in Japanese theatre; in kabuki plays the dramatic atmosphere that the drumming generates adds to the sense of tension in scenes. In noh theatre a wide range of rythmic drum patterns are employed during performances. They also feature in many buddhist ritual dances and local festivals throughout Japan.

Taiko are generally constructed from the Japanese keyaki tree – a highly valued wood often used for furniture and cultivating bonsai.In common use, taiko often refers to the performance itself (kumi daiko) – rather than an individual drum. This ensemble style drumming performance was developed in the 1950s and gained enormous popularity worldwide due to the high energy levels, precision and climactic beats produced by performers.

The timber is used to construct the hollow body then cow-hide drum heads are attached to each end. These large drums resembling a large wine barrel are called byou-uchi-daiko or the more common nagado–daiko. Although some may be built using a single piece of costly keyaki wood, they can also be made using actual wine barrels.

Often an o-daiko (large drum) is featured in taiko performances, these drums are typically as large as 180cm in diameter and can be so heavy they are rarely shifted from their location – you may often see these at shrines and temples.

Taiko come in several varieties and are categorised by both their construction method and intended purpose. A drum intended for particular Buddhist ceremonies may be constructed in much the same way as other byou-uchi-daiko, hower due to its intended purpose it would have a unique classification of its own – in this case miya-daiko.

Typically the different types of drum fill a different roll within the taiko performance; chu-daiko are the most common and provide the rythm for the group; shime-daiko – which are a smaller drum often used in solo performances – are used for setting tempo; and o-daiko provide the pulse. Kakegoe or shouts are also a common feature of taiko and provide encouragement and cues amongst performers as well as adding extra energy to the overall experience.

As well as the power and rhythm of taiko, a great deal of the appreciation for the art can be gleaned from the silence between drumstrikes and the kata of the performers (posture, precision and movements) much the same as martial arts. 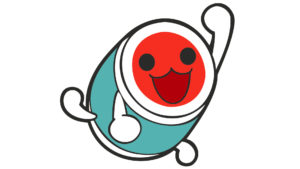 “Taiko no Tatsujin” is a popular arcade game in Japan. A drum simulating the taiko is played in time with music – difficulties range from keeping a simple rythm to frenetic beating! Stop in Sapporo or Tokyo and try it for yourself!

Meet a Taiko drummer from the Niseko region